To create real potential for the UN’s 2030 Agenda, the financial sector and its largest institutions must be brought back into service of the real, productive economy.

Ten years after the largest economic failure in modern history, financial institutions are bigger, less safe, and more volatile than ever. Conventional regulation has been unable to stop the risky behavior that led to the crisis in 2008. Such a climate of risk is undesirable not just for banks, but also for their employees, customers, shareholders, the global economy, and for the realization of the 2030 Agenda's Sustainable Development Goals (SDGs).

The parallel event on Monday, September 24 brought together UN Member States, select members of the UN Secretariat working on finance and sustainability, expert academics and members of civil society, particularly trade unions in the global financial sector, to discuss the role that workers can play in shaping the culture of finance and encouraging transparency on the part of banks and financial institutions to address the worst consequences of financialization. 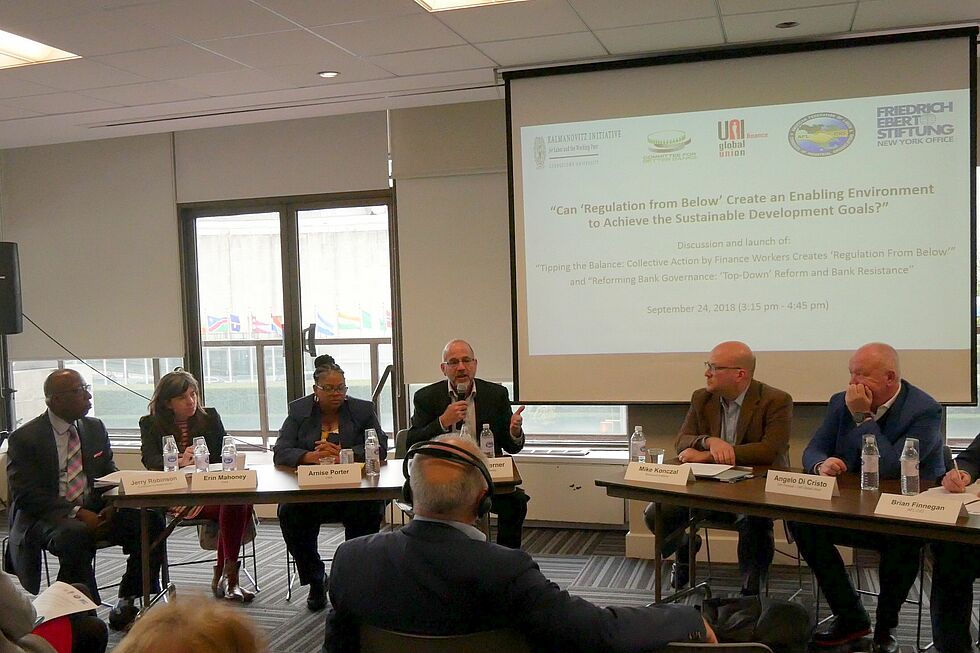 "Can 'Regulation from Below' create an enabling environment to achieve the Sustainable Development Goals?"