Led and bankrolled by undemocratic states with deep pockets, UN counter-terrorism efforts are increasingly opaque, unaccountable and out of step with UN values.

What is happening: The Russian-led, Saudi- and Qatari-funded UN Office of Counter-terrorism (UNOCT) is pitching for a 700% increase in its core UN funding. This despite the office being opaque, unaccountable and out of step with other UN priorities and approaches.

Why this matters:  There is little evidence that UNOCT is performing effectively. Many lament its poor quality programming and inattention to human rights. Any UNOCT budget increase would be paid for by cuts to other UN programmes – potentially undermining better-performing – or even life-saving – entities.

What needs to be done:  Member States should reject the proposed budget increase and call on UN leaders to guarantee better performance, proper risk management and a balanced focus on prevention and human rights in all UN counter-terrorism work.

Corroded by the influence of undemocratic states with deep pockets, UN counter-terrorism efforts are marred by their reinforcement of authoritarian security approaches, their neglect for prevention and human rights, their frigid approach to civil society engagement and their indifference to results achieved.

Led by a Russian career diplomat, UNOCT has quintupled in size since 2017, thanks to significant extra-budgetary funding from Saudi Arabia and Qatar. It specialises in programmes that reinforce states’ security capacities, despite limited evidence that such programmes work. It has done much less to roll out the socially empowering and rights-based approaches required to implement the UN’s Global Counter-Terrorism Strategy effectively.

Despite this, UNOCT is quietly moving to consolidate its position and approach. It is proposing a seven-fold increase to its regular budget over 2023 and 2024, to grow from 8 to 57 permanent staff members. It also wishes to extend its powers by seeking authority to make grants. It claims the additional funds could lessen its dependence on whims of current donors, and cover the staff it needs to integrate gender and human rights into its work.

The rise of UNOCT is emblematic of the wider struggle to maintain multilateral institutions that work for peace, democracy and rights in the face of aggressive, authoritarian agendas. These developments are scrutinised in a new study, ‘Function before form: optimising the UN’s counter-terrorism architecture’, which makes the case for a new plan for reform and improvement. Published by Saferworld and supported by the New York Office of the Friedrich-Ebert-Stiftung, the report documents high reputational risks, conflicts of interest and an abject failure to monitor and manage performance effectively from programme to strategic levels across the UN’s counter-terrorism work.

The views represented in this paper are the author’s own and may not represent the positions of the Friedrich-Ebert-Stiftung. 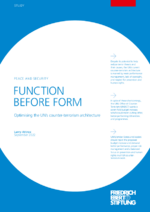 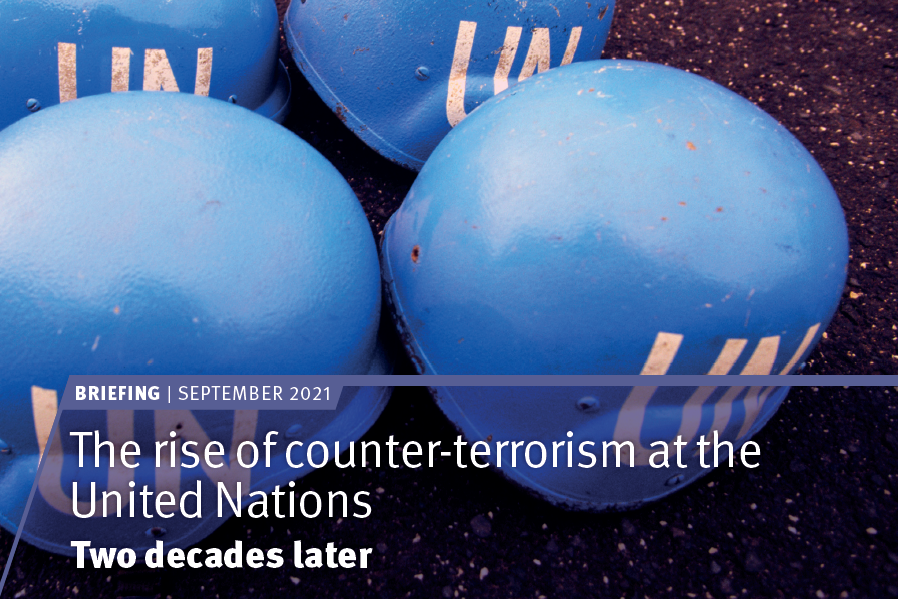 The Rise of Counter-Terrorism at the UN