Employment prospects in destination countries and the lack of decent work opportunities in origin countries are a driving force for millions of migrants.

Most migration today is linked directly or indirectly to the search for decent work opportunities. Even if not the primary driver, employment usually features in the migration process at some point. Employment prospects in destination countries and the lack of decent work opportunities in origin countries are a driving force for millions of migrants. The ILO estimates that today there are 150 million migrant workers, representing over 65 per cent of all migrants. Among migrant workers, 56 per cent are men and 44 per cent are women.

During the GCM negotiations, Member States have attached a high priority to rooting the discussion around the 2030 Agenda and the issue of decent work and labour migration. This is certainly well reflected in the draft of the negotiation text itself in the Global Compact for Safe, Orderly and Regular Migration. Temporary labour migration programmes can offer regular pathways and migration options for millions of migrant workers. The Resolution concerning fair and effective labour migration governance adopted at the International Labour Conference of 2017 states: “Temporary labour migration can be positive for labour markets of countries of origin and destination and can fill genuine short-term labour and skills gaps in certain sectors. However, careful consideration needs to be given to effective governance of temporary labour migration to protect the rights of migrant workers and national workers, ensure decent work, afford equal treatment in accordance with national laws and regulations and international obligations, and respect the fundamental principles and rights at work.”

Yet, temporary labor migration schemes - especially for low-wage workers - may have structural flaws that lead to the denial of labor rights, including the freedom of association and creation of vulnerabilities to forms of exploitation. Workers who have contributed to pension and retirement funds often face obstacles when claiming social security entitlements. Migrant women workers may face discrimination due to gendered labour market segmentation and gendered care-giving roles, and find themselves made vulnerable to workplace exploitation and gender-based violence. 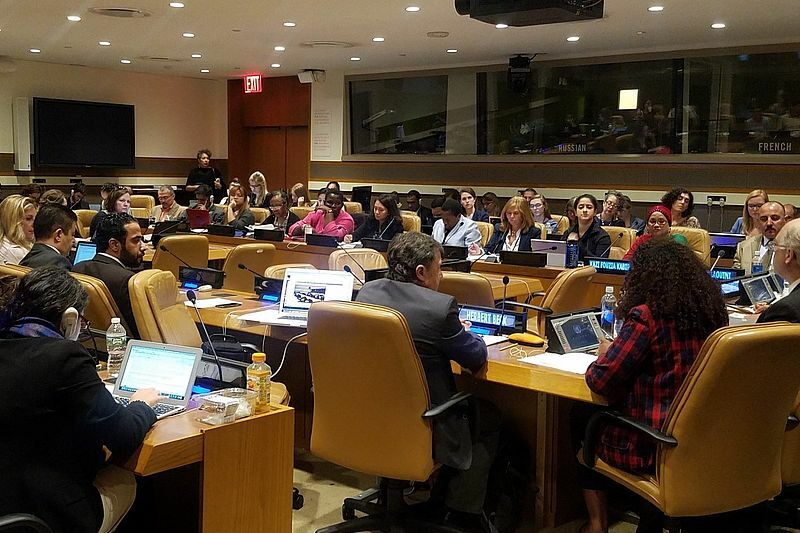 "The Global Compact for Migration must promote decent work for all"

The Global Compact for Migration is an opportunity for states to improve how they engage with migrant populations, but some states are advancing…