As the IMF and UNCTAD warn of a global financial crisis, the world economy is at a critical juncture.

UNCTAD notes that debt sustainability in developing countries is “deteriorating fast”, and the IMF states that as of last August, 47 per cent of low-income countries were in debt crisis or facing high debt distress. Human beings are suffering. In too many poor countries, high debts mean people don’t eat, people don’t see doctors and communities are unprepared to deal with the havoc caused by tsunamis, hurricanes, earth quakes and other extreme weather events.

Because of high unsustainable debts, corruption, a lack of public budget transparency, tax evasion, tax avoidance and bad trade deals – countries are losing revenue, and this real revenue loss becomes a theft from the poor. According to UNICEF, 22,000 children under the age of five are dying every single day.

If these numbers aren’t frightening enough, these same structural causes of poverty are also why we have extreme inequality, why 80 individuals have more wealth than 3.5 billion – or half the world’s people, people who live in poverty.

High debts, illicit financial flows and these other structural issues are why the IMF and UNCTAD are warning all of us that we could experience another global financial crisis.

This frightens all of us as we ask whether debts are hindering development and whether high debts and financial secrecy are creating the conditions for another global financial crisis.

Jubilee USA Network, whose members include the US Conference of Catholic Bishops, American Jewish World Service, Islamic Relief, the United Church of Christ, The Evangelical Lutheran Church, The Episcopal Church and most mainline Christian Churches – as well as the international debt and development network that coalesced around resolving debt crisis in the poorest countries of the world over 20 years ago – is well positioned to respond to these issues because of our unique history in creating and supporting policies that successfully resolve unsustainable debts, raise revenue, promote good governance and prevent financial crisis and diminish poverty.

Together we move forward global policies that address the root causes of poverty and inequality related to debt, tax, trade and transparency issues. Congressional Quarterly cites the work of Jubilee USA as some of the last truly bipartisan efforts in the United States.

In the 1990’s – we began our work together to address inequality and finance development by addressing the global debt crisis. Working with governments around the world, together, we won two great debt relief and financing initiatives to address global poverty and promote children’s education and health: The Heavily Indebted Poor Country Initiative (HIPC) and the Multilateral Debt Relief Initiative (MDRI). Because of these initiatives, over 115 billion US dollars was won in debt relief to benefit some of the world’s poorest countries.

Because of that debt relief, we know in sub-Saharan Africa that more than 54 million kids went to school who never would have seen the inside of a classroom. We know that school fees were cancelled, hospitals were opened, because of this historic initiative, because of this relief and the international accountability laws that we won, all of this money had to go into building social infrastructure. Former World Bank President Jim Kim cites debt relief as one of the main reasons we saw sustained economic growth in some countries across Africa.

It was out of these initiatives that concepts around achieving debt sustainability were born.

Unfortunately, as successful and important as HIPC and MDRI were, we now realize that those solutions were not enough to entirely address the problem. Out of the 38 very poor countries that benefitted from the HIPC and MDRI initiatives, 31 – out of 38 – again face debt distress, financial crisis or unsustainable debts. At this point only Somalia is able to qualify for this existing process. Eventually two other countries may be able to utilize this process.

But for every other country in the world, this door is now closed.

While the door is now closed for almost every country in the world on this process, we acknowledge that it was only because of the political will of UN delegates and their finance, development and foreign ministries back home that this happened. In 2016 we saw that political will again in the United States under the Republican led US Congress when a super bankruptcy process was created to deal with Puerto Rico’s 72 billion US dollar debt crisis. It was the first act of the US Congress to stop predatory “vulture funds.” After Haiti’s tragic earthquake, we saw world leaders and the IMF create a process to relieve Haiti’s debt. Just a few years ago, we saw that political will again when the IMF moved forward a debt relief process and innovative grant process to respond to the three Ebola affected countries of Guinea, Sierra Leone and Liberia.

We also see the US government and the G20 working to stop “vulture funds,” promote sustainable development and prevent financial crisis with the Operational Guidelines for Sustainable Development. Political will mobilized again to create new contract clauses to stop predatory “vulture funds.”

Now we need that political will again, from all of us, to ensure that debt is a vehicle for sustainable development, not a hindrance to development and a cause of human suffering. We need to make debt sustainable and restructurings predictable to stop another global financial crisis.

While the problems are great, there are solutions we can move forward now.

We’ve done it before, we can do it again.

In the Addis Ababa Action Agenda we agreed:

1.) We must implement principles of responsible lending and borrowing, promote good governance and public budget transparency. This implementation costs nothing but would raise hundreds of billions of dollars a year. It means exporting the laws we rely on for our domestic economies. Not implementing means corruption goes unchecked and the Mozambique crisis situation, which could have been prevented, is just the tip of the iceberg.

2.) We created the first international agreement to stop vulture funds. There is no way to separate the current economic condition of a G20 country, Argentina, and its battle with vulture funds.

3.) While the important work and efforts of Monterey foresaw the challenges of illicit financial flows, the Addis Ababa Action Agenda was the first to define them and call for tax evasion and corruption to be curbed as a matter of development. Additionally, curbing tax avoidance was also noted as essential for development and good governance. I would offer one of the gifts of the financing for development process was that we all learned together how startling all of our economic losses are because of illicit financial flows and also legal tax avoidance.

4.) In line with the types of debt restructuring and bankruptcy regimes we rely on in our domestic economies and the Doha and Monterey agreements, we agreed that debt restructuring must be improved to arbitrate debt comprehensively, fairly and neutrally. After the Asian financial in the late 1990s we came close to implementing the SDRM, or the Sovereign Debt Resolution Mechanism. We were so close, but it didn’t move forward. The next moment we saw global political will was after the global financial crisis of 2008. We have an agreement to move this forward – we will we wait until the next financial crisis to build political will again?

5.)  Finally – the Addis Ababa Action Agenda, took aim at debt risks of Small Island Development States (SIDS) and Caribbean countries. It is critical that we focus on this one area to help us leverage and grow political will.

With political will growing, we can tackle some of the debt problems of the SIDS. Across the world, many of these islands have poverty rates that range from 30 per cent to 50 per cent. These so-called Middle-Income Small Islands are now facing crisis. Of the 25 highest debt per capita countries, more than half are SIDS.

Unsustainable debts mean that these small islands don’t have resources to deal with the shock of a hurricane or a financial crisis that stops tourists from visiting their countries. When hurricanes decimated Caribbean islands in the last five years, we saw countries like Dominica and Antigua and Barbuda make debt payments within days of a hurricane ravaging their country. It is imperative to move forward proposals that can restructure debt when countries face shocks or natural disasters.

We see the success of proposals like this, when debt relief was successfully used as a crisis response tool for the three African countries hit by the Ebola epidemic.

When disaster strikes, when famine spreads and when economic crisis impacts the poor, we need to be able to reevaluate these situations. In line with our previous thoughts on improving debt restructuring and looking at Chapter 9 and 11 styles of bankruptcy – it seems the Caribbean and SIDS could be good candidates for a regional or focused initiative. This post HIPC initiative, could be an initiative with the high debt distress many Caribbean countries and SIDS are experiencing. It can utilize the principles of bankruptcy for a regional or focused mechanism. When a disaster strikes, a debt moratorium would allow breathing space and debt payments to be used for rebuilding. This would also be a time to reevaluate debt sustainability and possibly trigger a bankruptcy restructuring process.

For small islands, on a smaller scale, we can test solutions that can build resilient, sustainable communities, address inequality and lift the vulnerable. Starting here, we can build more political will to finally resolve debt crisis, stop global financial crises and curb illicit financial flows.

We’ve done it before. We will do it again. 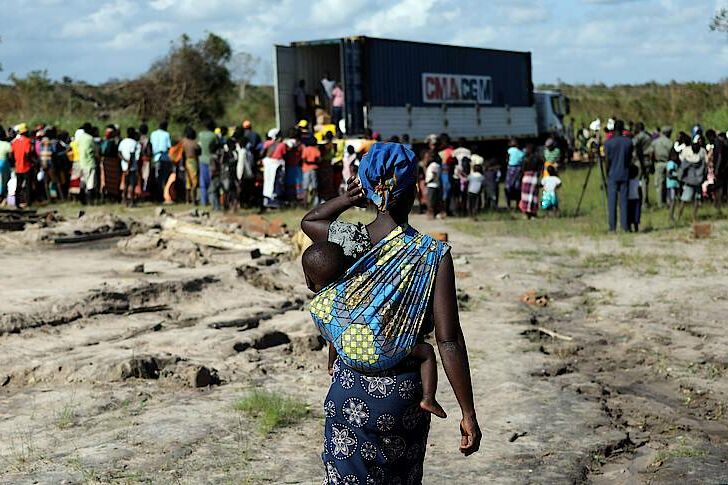 Debt jubilees in the time of climate breakdown

When disaster hits, already impoverished countries find themselves in debt traps. Only a global mechanism can prevent this.