Lethal autonomous weapon systems (LAWS) pose a danger to us all. How can we curb them?

Since 2015, efforts against lethal autonomous weapon systems (LAWS), sometimes referred to as “killer robots,” that could engage in violent attacks outside of meaningful human control, have gained momentum among different stakeholders. Artificial intelligence experts, roboticists, scientists, as well as high tech professionals have expressed their reservations against their research, products and platforms being adapted for use in warfare.

In this context, the 2019 Meeting of High Contracting Parties to the Convention on Certain Conventional Weapons (CCW) adopted 11 Guiding Principles on Lethal Autonomous Weapons Systems (LAWS). Subsequently, some 40 UN Member States belonging to the “Alliance for Multilateralism” are now championing these 11 Guiding Principles as a normative and operational framework.

In September 2020, FES New York Office (FESNY) launched a new partnership project aimed at fostering a coalition between UN Member States, the UN, academia, civil society organizations, and private businesses to curb LAWS. Held as part of the UN75 Global Governance Forum, discussions centered around joint efforts to take the existing Guiding Principles to the next level of international regulation. Next steps consist of developing positive obligations for meaningful human control of LAWS that can be included in legally binding international agreements. While the work of the FES-led partnership is ongoing, an initial set of outcomes has been incorporated into the "UN75 Roadmap for the Future We Want & UN We Need." 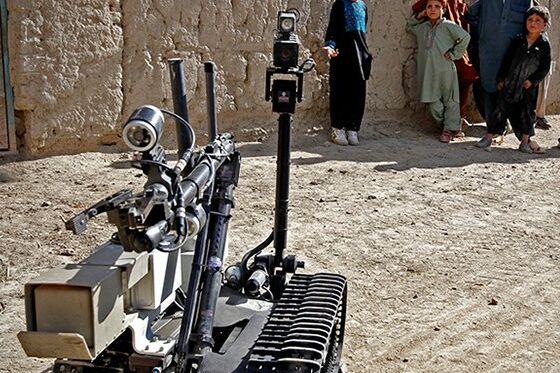 Addressing the Threat of Autonomous Weapons

How do we build a legally-binding framework to keep killer robots in check?