After two years of hiatus due to the Covid-19 pandemic, women, feminists, diplomats, and civil society organizations from all around the world finally gathered, mostly online, for the 65th session of the Commission on the Status of Women (CSW) March 15-26, 2021.

Last year, CSW was canceled as the pandemic was hitting New York City, and a one-day virtual “consultation” was held. As 2020 was also marking the 25th anniversary of the Beijing Declaration and Platform for Action, the most visionary agenda for women’s rights and empowerment everywhere, the disappointment was felt all over the world, but still celebrated at the virtual high-level debate of the General Assembly.

This year’s theme was women's full and effective participation and decision-making in public life and was marked by Washington’s re-engagement. While the official member states process of CSW 65 was chaired by ambassador Mher Margaryan of Armenia, there were also a total of 150 side-events and more than 10,000 representatives from over 850 accredited civil-society organizations registered.

With the digital fatigue that has taken over many working professionals after over a year working remotely because of the Covid-19 pandemic,  Houry Geudelekian, Chair of the NGO Committee on the Status of Women, does not deny the challenges surrounding this year’s gathering:

“Besides the obvious of everyone going virtual, the personal anxieties and exhaustion level I think affected all of us,” she said, “Working in the human rights space is difficult enough and when you add other dynamics obviously it makes it harder.”

If a final document was accepted early in the evening of Friday, March 26, it did not please all member-states, as some of them were hoping to come up with more specific, strongly-worded conclusions.

America’s attempt to re-engage with CSW

Four years after Trump's administration took office in the US and had, as a consequence, challenged the work of CSW, Washington has now taken a 180-degree turn in its approach to the issue and wanted to send a clear message that “America is Back” also on questions around gender equality, especially on sexual and reproductive health.

“What stood out this year is the US government's participation as an ally and proponent of women's rights,” Melissa Upreti, Senior Director, Program and Global Advocacy at the Center for Women's Global Leadership At Rutgers University, said, “This is in contrast to what was seen in the last few years, under the previous administration, when the US consistently sought to undermine gender equality and propelled the backlash against women's rights.”

Houry Geudelekian, Chair of the NGO Committee on the Status of Women, also noticed the change in Washington’s approach to the event: “We saw a difference as soon as Ambassador Linda Thomas-Greenfield joined the Mission,” Geudelekian explained, “It had been four years since we had received an email from the US Mission. Over 50 civil society members were invited for a zoom briefing on CSW one week before it started. Plus the language, of course, it’s been a while since we heard a human rights-based approach to the UN and gender equality.”

In herwidely-watched and history-making speech, she discussed the importance of women in public life, saying in a pre-recorded video: “Eleanor Roosevelt, who shaped the Universal Declaration on Human Rights, once said, 'Without equality, there can be no democracy. In other words, the status of women is the status of democracy."

In negotiating the final resolution of this year’s event, the US sided with its traditional allies, mostly Western countries, instead of more conservative-leaning countries like Saudi Arabia, Bahrain, and Russia, like it did in 2019.

Another key event that happened during this year’s CSW, though not in New York, was Turkey’s decision to withdraw from the Council of Europe’s Convention on Preventing and Combating Violence Against Women and Domestic Violence, known as the Istanbul Convention. While the decision is not directly linked with the UN event, the timing of the withdrawal undoubtedly raised eyebrows in New York City and attracted ire from civil society organizations.

"Turkey should reverse the decision to leave the Convention and instead work towards its full implementation to better protect and support women and girls who are experiencing gender-based violence, without discrimination,” demanded Deniz Yuksel, the Turkey Advocacy Specialist at Amnesty International USA. “With this move, Turkey takes a step backward on years of progress and rolls back the bare minimum standards on prevention of violence against women, girls, and LGBTI people. It's absolutely shameful and women and girls in Turkey and around the world will unite to restore the respect and dignity they deserve.

For Houry Geudelekian, the fact that the President of the General Assembly, Volkan Bozkir, is himself of Turkish origin and a former minister under the Turkish President, Recep Tayyip Erdogan, is even more troubling: “It was certainly not acceptable, not only announcing a withdrawal which is not possible on an agreed document, then to do it during CSW when we want global attention on ending violence against women, not the opposite,” she said, “It was also strange that throughout the year the President of General Assembly Volkan Bozkir (a Turkish diplomat) has been promising and making gender equality and violence against women his priority. I actually wonder how that is going to play out.”

Brenden Varma, spokesperson for Bozkir, said about the decision: “The President’s strong position on gender equality, women’s rights and violence against women, is well known. This will continue to be a central priority for him throughout the 75th session. The President represents the UN membership as a whole, and in that capacity, he does not comment on the national legal arrangements of UN Member States."

A group of UN experts issued a statement denouncing Ankara’s move: “This decision to withdraw from such an important instrument is a very worrying step backward, it sends a dangerous message that violence against women is not important, with the risk of encouraging perpetrators and weakening measures to prevent it," Dubravka Šimonović, the UN Special Rapporteur on violence against women, said.

Melissa Upreti of Rutgers University also deplores Turkey’s decision: “It is a major setback for women in Turkey, especially at a time when intimate partner violence has surged due to pandemic-related lockdowns and other measures,” she said, “Women are being killed by intimate partners at an alarming rate in Turkey, as elsewhere, and Turkey's withdrawal from the Istanbul Convention sends the message that their lives do not matter. It marks a serious regression by the government from its human rights obligations and will lead to greater impunity for the preventable killings of women and girls.”

Despite difficulties and long negotiations, the United Nations Commission was able to agree on an outcome document on Friday, March 26. Like every year, there was disagreement on wording and vision, but there was also a middle ground deemed acceptable by most member states.

“Overall I am disappointed that the document had to be dissected and negotiations were so tough again,” Geudelekian said, “It is disappointing that every year there has to be so much compromise although I am proud of the bureau and the negotiators that we at least had consensus.”

According to PassBlue, this year’s disagreements were similar to those of 2019, over language fraught words such as “gender” and “family”, as well as the status of women’s sexual reproductive health rights.

“The EU would have preferred to see more ambitious language in these agreed conclusions,” Ambassador Günter Sautter, Deputy Permanent Representative of Germany, said on behalf of the European Union in his closing remarks, “The systematic attempts by some delegations to derail the process and question international commitments and obligations on gender equality show that the pushback against women’s rights continues. We must all remain vigilant and increase efforts to promote and protect gender equality and ensure that women and girls have the same rights and opportunities everywhere.”

According to UN Women, the document “recognizes the need to significantly accelerate the pace of progress to ensure women’s full participation and leadership at all levels of decision-making in executive, legislative and judicial branches of government and the public sector [and] that temporary special measures, such as quotas, and increased political will are needed as an enabling pathway to this goal.

The Executive Director of UN Women, which serves as the CSW Secretariat, Phumzile Mlambo-Ngcuka, said: “The women of the world have made it very clear that the past and the status quo have not met their need for gender equality.” The statement also contends that as the world faces an ongoing global health crisis, women make up only 24 percent of the 225 COVID-19 governmenttask force members examined across 137 countries.

Ambassador Margaryan of Armenia is now passing the torch to South Africa’s newly-appointed permanent representative to the United Nations, Mathu Joyini. She will chair next year’s 66th session of the Commission, though it is unclear at this point whether that is going to take place in person or virtually.

Overall, however, the fact that thousands of feminists were finally able to gather, online, after skipping one year, is a positive step for gender equality, especially considering member states were able to agree on a final document.

“The good news is that the UN has clearly committed to the full, effective and meaningful participation of women,” German Ambassador Sautter said in a statement, “This has been important, especially in times of COVID. Another piece of good news is that the USA is back on the right side and fighting for women’s rights alongside us. However, it is clear that we would have preferred conclusions that were much more ambitious. It is incomprehensible and disappointing that Russia and other states were not willing to clearly condemn sexual and gender-based violence against women and girls.”

About the author: Stéphanie Fillion is a New York-based reporter specializing in foreign affairs and human rights. She is the co-producer of UN-Scripted, a new podcast series on global affairs through a UN lens. She has a master’s degree in journalism, politics and global affairs from Columbia University and a B.A. in political science from McGill University. 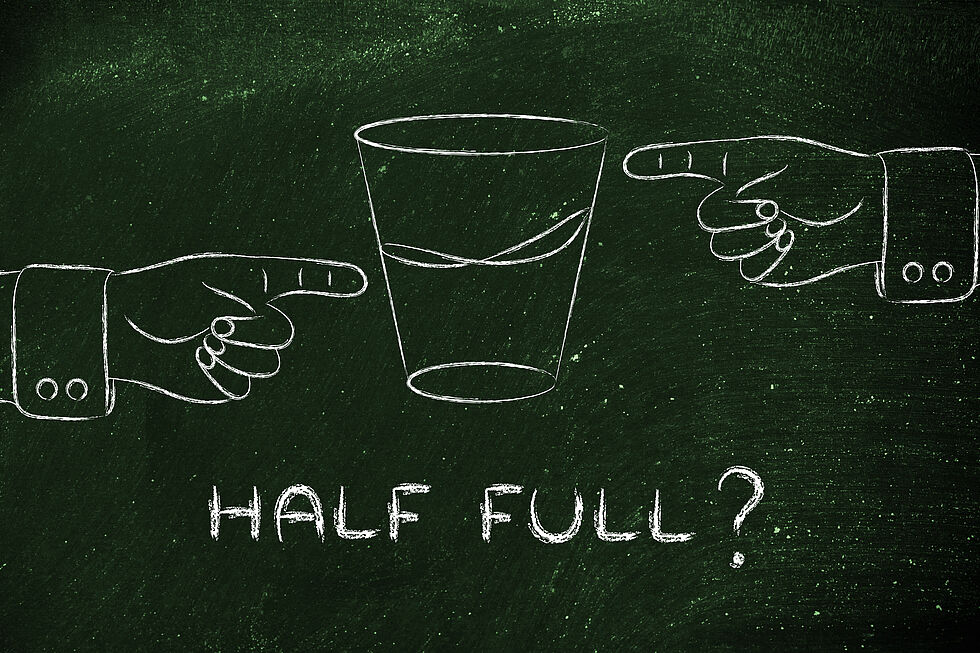 Is the glass half full or half empty? Germany's tenure on the UN Security Council in review. 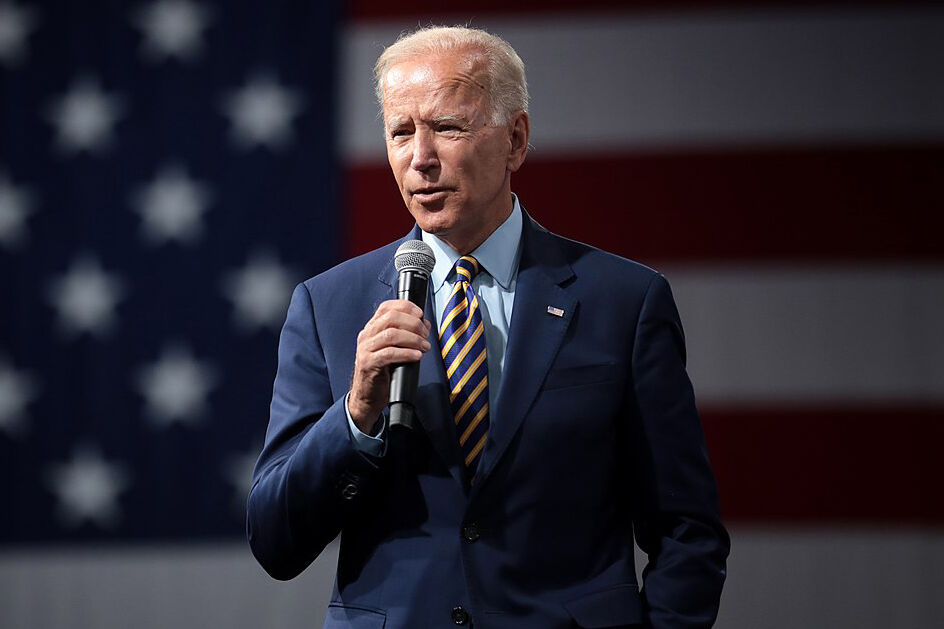