African-led peace operations face important challenges, but their level of achievement is noteworthy.

Since the turn of the century, African institutions have assumed increasing responsibility for peace and security on their continent. These peacekeeping missions have assumed many shapes and sizes, often in collaboration with the UN, United States, or other Western partners. To demonstrate the wide range of challenges African institutions face, the RAND Corporation and the African Centre for the Constructive Resolution of Disputes (ACCORD) conducted an in-depth examination of six African-led peace operations. Of these, only one (in Burundi) resembled a “classic” peacekeeping mission in support of a peace agreement. Two of the operations (in the Central African Republic and Comoros) were closer to peace enforcement, that is, the use of armed force to compel a settlement and then to ensure its implementation. Two others (in Somalia and the Lake Chad region) are straightforward counterinsurgency operations designed to suppress violent extremist groups. Finally, the operation in Darfur was principally intended to protect civilians amid an ongoing conflict over which the multinational force had limited influence.

This was the African Union’s first peacekeeping operation, when AU-led troops entered Burundi in 2001 to support an agreement to end a long-running civil war between Hutus and Tutsis. Peacekeepers protected the returning political leaders and secured national elections. By 2004, an AU-led force of up to 3,500 troops had helped stabilize the country sufficiently for the UN to deploy a larger and more capable force. The African- and then UN-led peacekeepers ushered in a decade of relative peace and gradual material improvement in the lives of Burundians. This two-step model became the preferred paradigm for AU-UN collaboration.

The Central African Republic (CAR) borders three of the world’s most strife-torn areas: Darfur, South Sudan, and the Democratic Republic of the Congo. Since 1997, 16 international missions (led mostly by the UN or African organizations, but also France and the EU) have tried and failed to halt the CAR’s downward trajectory. Of the four largest African-led missions, the first three were organized by different subregional groups and the fourth by the AU. These African-led missions came after a UN peacekeeping force left in 2000. They worked alongside a new contingent of UN and French forces in 2007–2010, and were finally replaced by yet a third UN force in 2014. These international efforts were largely ineffective and, at best, merely kept the CAR’s security situation from deteriorating further. It was a mistake for the original UN mission to have been terminated before African institutions had developed the capacity to fill the resultant void.

In 2004, the AU deployed 5,000 peacekeepers to protect civilians and secure humanitarian relief in Sudan’s Darfur region amid what was then a year-old conflict pitting rebels against the government, government-sanctioned militia against the rebels, Muslim Arabs against non-Muslim Africans, Arabs against Arabs, Africans against Africans, and all these armed groups against defenseless civilians. The AU force, which eventually numbered 7,000, was replaced in 2008 by a hybrid UN-AU mission that ultimately deployed some 26,000 military personnel and continues to this day. However, the Sudanese government, which forced the UN-AU marriage as the price for accepting a UN mission in Darfur, has limited the mission’s scope. Although neither the UN nor the AU has been entirely comfortable with this unique arrangement, the two organizations seem to have worked out a division of labor that draws on their strengths: the UN has largely assumed operational control, while African countries have supplied most of the troops, and African leaders have managed much of the regional diplomacy. The AU and then the hybrid UN-AU missions have helped protect civilians, but have had only a limited effect on the course of the conflict.

The Comoros is made up of four primary islands and a number of smaller ones off the coast of Mozambique. Since three of these islands gained their independence from France in 1975 (the fourth voted to remain French), the Comoros has experienced 21 attempted or successful coups. Beginning in 1998, the Organization of African Unity and then the AU dispatched eight successive military missions. The three largest of these, deployed in 2006–2008, successfully secured national elections and even mounted an amphibious operation to suppress a secessionist attempt by one of the islands. No coups have been attempted since.

In 1992, the UN and the United States both initiated peacekeeping missions in a vain effort to end Somalia’s civil war. Both had given up and left by 1994. Twelve years later, Ethiopian and, since 2007, forces of the African Union Mission in Somalia (AMISOM) — as many as 22,000 strong — drove the militant Islamic Courts Union (ICU) out of Mogadishu and subsequently pushed beyond the capital so that a Somali central government could be formed. Remnants of the ICU then created al Shabaab, which subsequently affiliated with Al Qaeda. Al Shabaab has since been pushed back from major population centers but not eliminated. The international community is becoming less willing to continue funding and supporting these efforts in Somalia arguing that the outcomes recorded since do not justify the huge financial costs. Hence current demand on the AU to hasten AMISOM’ liquidation or transfer of operational responsibilities to the Somali security structures. But the Somali government and national security forces are still not capable of standing alone, so the AU mission’s exit strategy is not imminently implementable. Nevertheless, Somalia’s prospects are brighter than they have been since U.S. and UN troops abandoned their efforts to stabilize the country a quarter of a century ago.

Boko Haram—one of the deadliest Islamist terrorist groups in the world—is affiliated with the Islamic State and operates throughout the Lake Chad Basin. In 2015 Niger, Chad, Cameroon, and Benin formed a multinational joint task force (MNJTF) to coordinate their counterinsurgency operations. This arrangement was authorized by both the AU and the UN Security Council. Task force staff have facilitated intelligence sharing and joint planning for coordinated national operations, including authorizing forays across each other’s borders. These concerted military efforts have reduced Boko Haram’

Of the six countries where African-led missions were deployed, only the Comoros continue to be on a peaceful trajectory. Burundi, another initial success, has again become volatile after the President insisted that his reign be continued into a third term. This is less the fault of the African-led missions than of the larger structural problems facing each of these countries.

Three of the six missions examined—Darfur, Somalia, and the MNJTF—are still under way, and in all three the security situation is somewhat better than when the AU operations commenced.

African-led missions were mandated to focus on security tasks and in some cases were only mandated to provide security in a limited part of the country. Unlike American-, European-, and UN-led missions, African-led operations do not dispose of significant economic resources of civilian expertise. To the extent that these are provided, they come from the UN and Western countries or civil society institutions.

As a result these missions were substantially less well-resourced than others led by the United States, the UN, or Europeans. Troops are generally less numerous, less well-equipped, less well-provisioned, and less mobile. African-led missions tend to have fewer police and fewer civilian experts attached than other missions. And the societies in which African-led missions operate generally receive less international economic assistance than those where UN, U.S., and European forces operate.

Finally, and perhaps most importantly, many African-led missions simply face greater challenges. In many instances, African institutions are the peacekeepers of last resort, taking on tasks that have been shunned by all of the other more abundantly resourced institutions.

Given these built-in disadvantages, the level of achievement of African-led missions is noteworthy. Of the six examined here, two were ultimately successful, and three have shown some progress.

African-led missions have demonstrated several comparative advantages over non-African sources of peace operations. Representing the societies most directly affected by nearby conflicts, these institutions have been ready to run risks and take on tasks that others shun. In particular, African peace operations are engaged in active combat against Islamist insurgents in Somalia and the Lake Chad Basin that would be infeasible for the UN. African institutions are quicker to deploy, and supporting African forces is cheaper on a per-troop basis than comparable UN-led missions, not to speak of those manned by Western nations. African institutions can have better insights into the region’s difficulties, better access to the societies in conflict, better understanding of the people involved, the country or regional geopolitical and economic dynamics and greater ability to mobilize and involve immediate neighbors.

How Can African Peace Operations Be Improved?

While African institutions have made progress, many challenges remain. Analysts and officials we interviewed noted gaps in African command and control, planning, sustainment, training, and doctrine. They also identified as issues the lack of funds for personnel and building bureaucratic capacity in the AU’s headquarters and the AU’s dependence on foreign donors for all but the smallest missions. A number of possible initiatives exist.

Authorize the AU to tax imports for funding. The AU has agreed upon a clear solution to the problem of funding: a 0.2 percent levy on all imports to the continent. Yet U.S. opposition has contributed to the sluggish implementation of this tariff. U.S. officials should consider providing a waiver or facilitating special authorization by the World Trade Organization.

Increase bureaucratic capacity building in African institutions. U.S., EU, and UN advisors have tried to work with the AU and sub-regional organizations on bureaucratic capacity building with varying degrees of success. But there are examples of advisors making a difference, and the AU’s overall capacity for peace operations has clearly grown with experience. Our interviews suggest that a more African-centric, longer-term approach might be more successful. For example, advisors would consider African priorities rather than Western goals, and identify ways to articulate operations concepts in an African context.

Regional solidarity is the greatest asset African institutions bring to peace operations on their continent and is one reason to involve them more heavily in these endeavors. Africa and the Middle East are both rife with civil conflicts, but whereas the principal Middle Eastern regimes are inflaming these, African leaders are cooperating to resolve them. African-led peace operations have been able to undertake a range of different types of tasks, up to and including high-intensity combat, but also deployment of special envoys and mediation efforts, under different sub-regional or continent-wide institutions and supported by varying partners. While the resources and organizational capacity that the UN and other partners wield will still be important to Africa’s future, African countries and institutions will continue to play a major role in keeping the peace because expertise is gradually solidifying.

James Machakaire is Coordinator of the Peacekeeping Unit at ACCORD 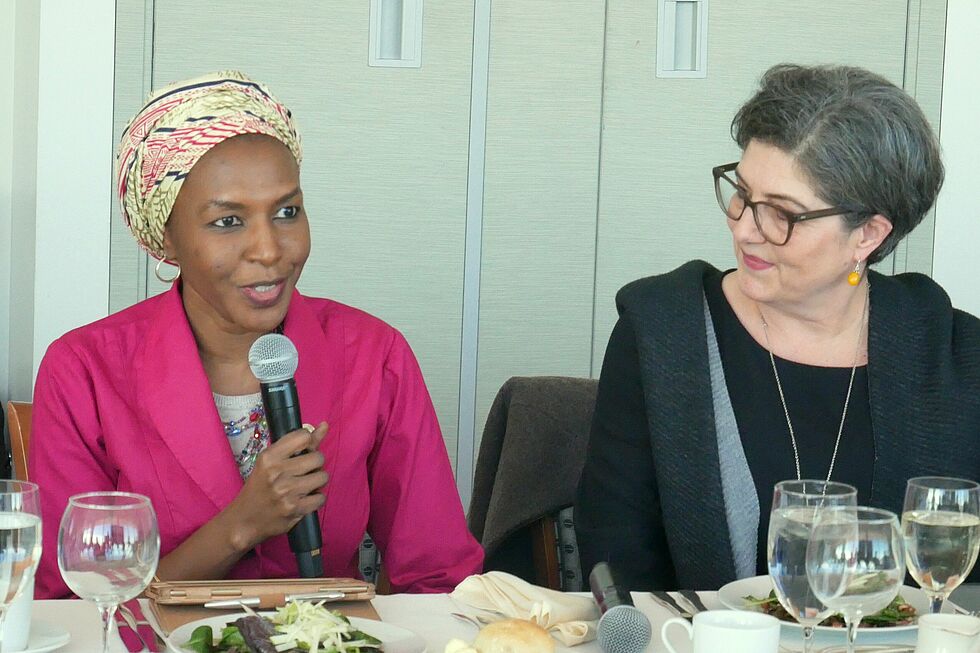 What are the comparative advantages and challenges of African-led peace operations? 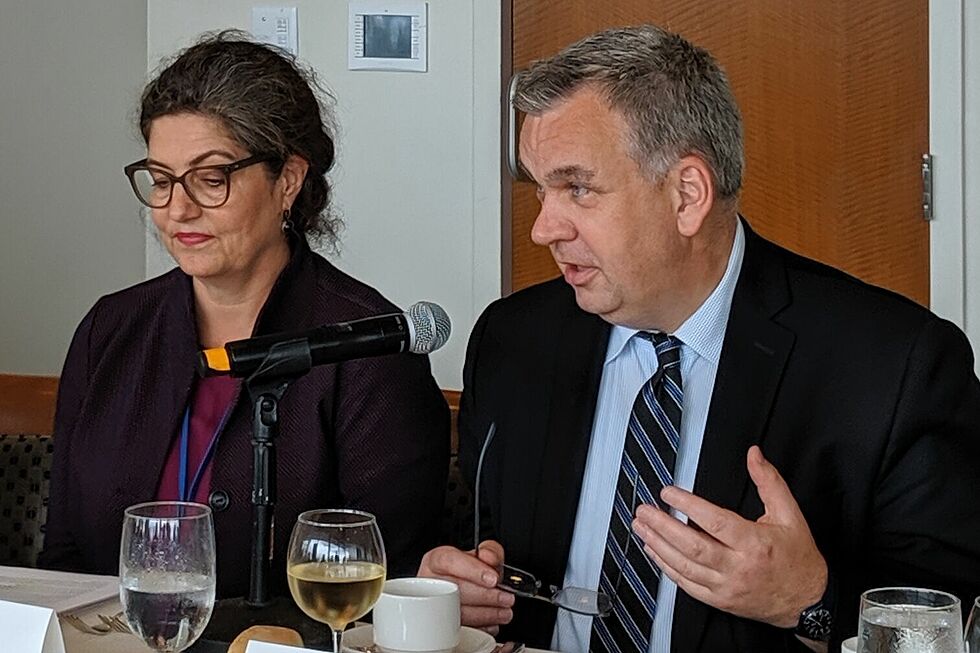 Challenges for Peace in Mali

What do the Malians think about the multidimensional crisis facing the country? 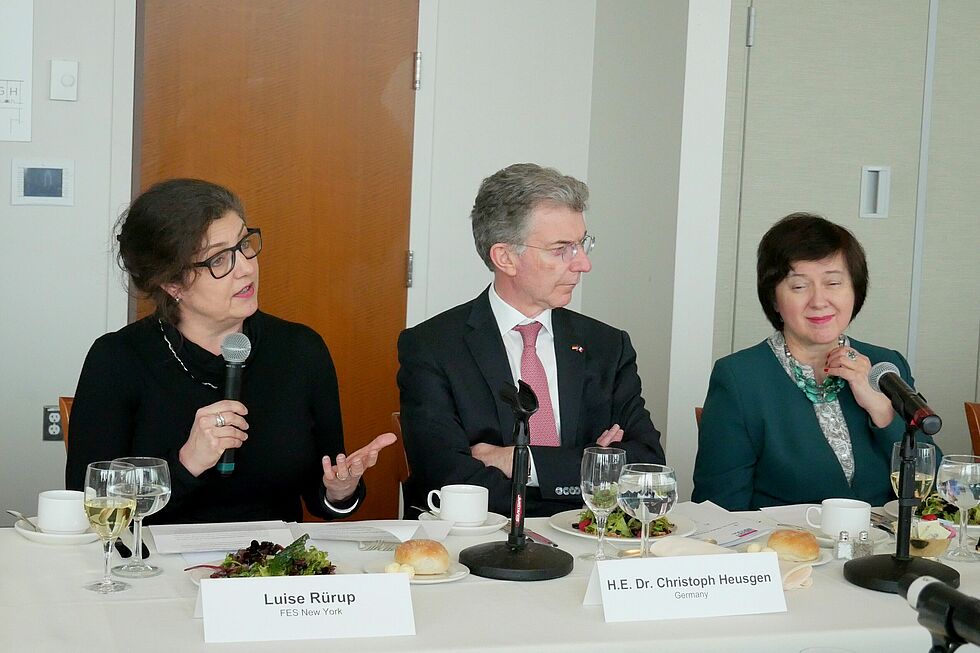 How to Make Peace Work in South Sudan?

What is needed for an inclusive and sustainable ending of the conflict in South Sudan? 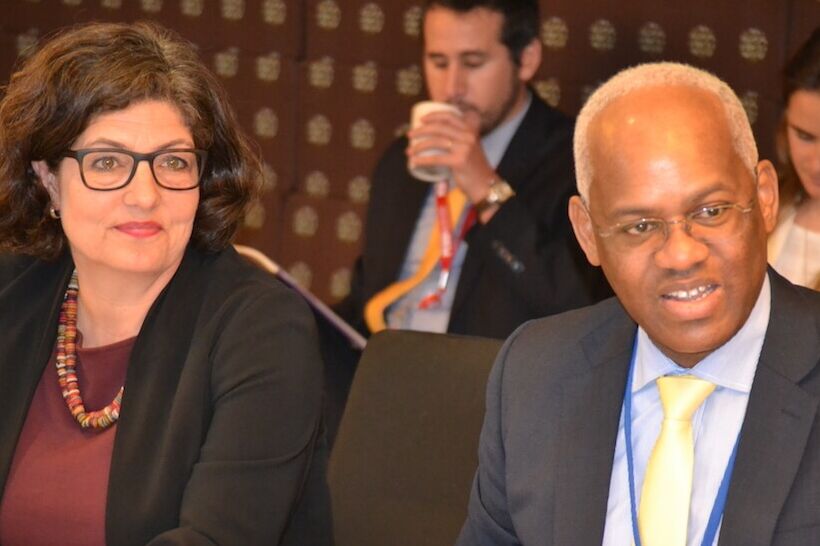 "African Directions: Towards an Equitable Partnership in Peace Operations"